You are here: Home > Blog > A Cheap Weekend in Barcelona
By The Weekend Team in Other Groovy Things 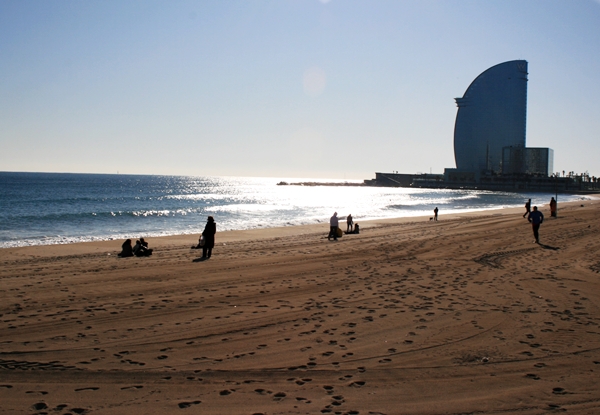 Barcelona is a vibrant, colourful city, with monuments, markets, art and even a beach. It’s one of Spain’s highlights but don’t expect flamenco, siestas and bullfighting. Barcelona’s the capital of Catalunya, with its own language, food and customs. Right now, for example, Barcelona is converting its bullring into a shopping centre…

Barcelona in a Weekend

Gaudi’s masterpiece looks as though the stonework is melting under its own weight. It’s covered in scaffolding (construction started in 1882 and hasn’t stopped yet) but if you climb the spindly towers you might be glad of it for support. They’re very narrow, very fragile and very high. 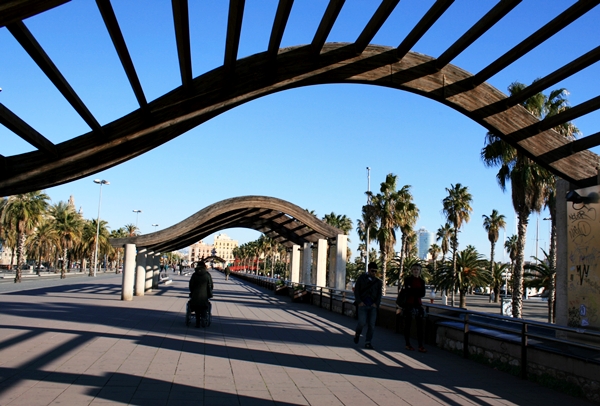 Barcelona now has a gleaming coastline and waterway complex. Stroll along for free or splash out and try something new with a Segway tour. 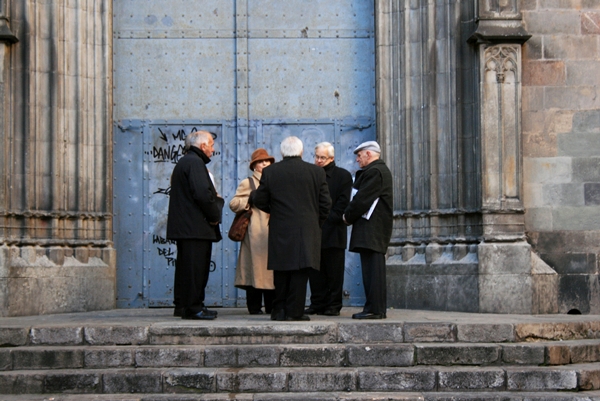 The shadowy narrow lanes of the oldest part of the city deserve a visit. Wander around without a map to get a sense of a time gone by.

is supposed to be one of the best streets in Barcelona with shops, cafés and passers-by. However, I much prefer the long and glamorous avenue of 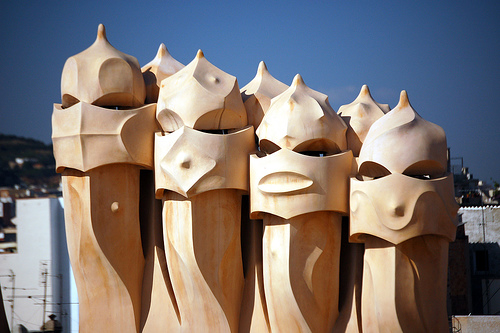 or “Gaudí street” as my hotel receptionist described it. It’s obviously free to admire the outside of these incredible buildings, however Casa Pedrera offers free art exhibitions and it’s worth paying to see the surreal ice-cream swirl chimneys on the roof. 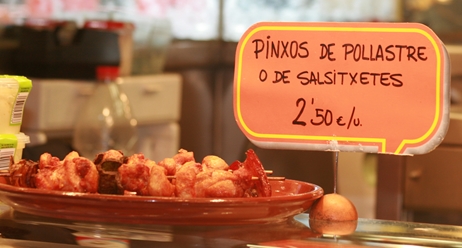 Tapas in the Boqueria Market

For a more luxurious experience with food, try lessons with Cook and Taste. 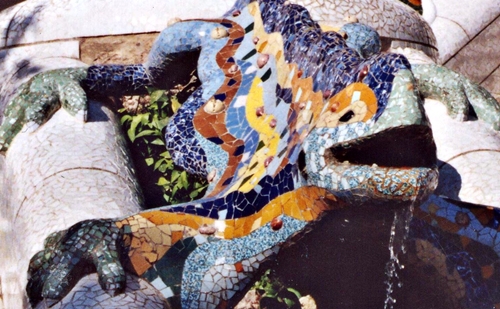 Getting There & Getting Around Barcelona – a lively city on the up

Several budget airlines fly to Barcelona. Once you’re there, most of the activities listed above are within walking distance of each other if you’re feeling energetic. If not, use the metro – it’s clean, cheap and straightforward. Another option is the more expensive Bus Turistic, which operates two routes. There’s an audio guide of variable quality but the real benefit is the fact that you can hop on and off the bus with a single ticket.

A Cheap Weekend in Barcelona was written on the basis of my two visits to Barcelona. One I paid for myself, one was funded by the Catalunya Tourist Board.