You are here: Home > Blog > How to Use the London Underground
By The Weekend Team in Benefit from the Web

Part One of How to Use the London Underground 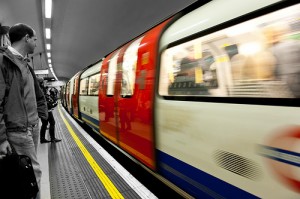 The London Underground, by RealSMILEY

It’s the oldest in the world and its map resembles rainbow-coloured spaghetti, but don’t be intimidated. It’s easy to use the London Underground.

1)      Get a Map. Every station gives them out for free or you can find maps of the London Underground online here.

2)      Know which exit you want. Many of the central stations have several different exits, but they all have an ‘overland’ map available before you step above ground. The exits are labelled according to street names and famous attractions. Make use of the information!

3)      Closing time. The London Underground closes earlier than you might expect – just after midnight in many cases. Use this guide to check the first and last train for each line.

4)      Understand Zones. London Underground ticket prices depend upon which zone you want to travel through, numbered from 1 to 6 from the centre of London to the outskirts. Most attractions lie within zones 1 & 2. All London underground maps show these zones, so that you can tell in advance which zone you are in, which you want and how much you should pay.

5)      Understand the Lines. Each line has its own colour and name (eg Bakerloo in brown, Circle in yellow). Directions are described in terms of north or south, east or west, although each platform has a large map showing you where you are and which stops the next train will call at.

Part 2 of How to Use the London Underground