Broadly speaking, a weekend in Prague falls into two categories: a romantic break in an historic city brimming with atmosphere, or a rowdy stag party in a city brimming with…well, let’s call them dancing clubs, shall we?

Luckily for all involved, Prague’s geography has cleaved itself into two – so that whichever type of trip you’re after you may never realise the other type exists.

Since organising a stag party requires rather less explanation, I’ll stick to the atmospheric Prague here and point all best-men-to-be in the direction of Wenceslas Square, with advice not to wear trainers and to dial 112 for the emergency services…

A Romantic Weekend in Prague

The essence of a romantic weekend in Prague involves wandering around the atmospheric streets that survived both world wars, shivering in each other’s arms and then seeking refuge in a tavern. Unlike, say Paris or Rome, there are fewer “must-see” monuments, but here are a few pointers to give your wanderings some direction…

At twilight, especially after frost or recent rain, the reflections from the cobbles and statues on this bridge are magnificent. Yes, the bridge appears in all the postcards (and even a Mission Impossible film), but the view across Prague – old and new is fantastic. And, of course, it’s free.

Across the river from the centre of town, Prague castle may seem more of a stately home to you if you’ve seen the rugged medieval castles of the UK. However, it’s still worth a visit and the surrounding streets are intimate and interesting. Check out 15th century Golden Lane in particular, a multicolored row of medieval houses where, according to legends, alchemists once stirred potions.

This rush of space, bounded by the gothic Týn Cathedral and the baroque St Nicholas church, contrasts with the narrow streets of the Czech capital’s centre. It’s a great meeting place, a great place to soak up the Czech pastel terraced buildings and a great place to warm up in a café. Which brings me on to… 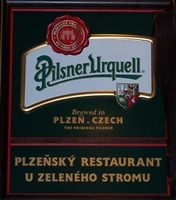 A point of national honour and a way to increase a woman’s cleavage. Apparently.

Rich, warm and heartening – just what you need when guides describe the weather as being “not all that different from Britain.” Think of dumplings, roast pork, cabbage, honey cakes and apple strudel.

Everything within the city centre can be walked around with ease. Wrap up warm, though. Avoiding the peak months of July and August also make it much easier to get around…

Pitfalls to Avoid in Prague

1) Prague is a cultural city and you may be tempted to buy a ticket to really appreciate the theatre of the place. Not the best use of your money, unless you’re fluent in Czech. Not that I’m speaking from personal experience, here, obviously…Opera and dance would be a better bet.

2) The Astronomical Clock. For some reason, every guidebook insists that you should watch the animated figures that pop out of the wall every hour. It’s quaint enough, but if it’s cold or raining (a fair to high probability) then move on. There are better things to see and do, and pneumonia isn’t all that romantic.