You are here: Home > Blog > Ten Things to Do in London for Free
By The Weekend Team in London

I don’t know why London gets such a bad name, really. I mean, sure, the price for parking over the course of a year costs the same as a house in Yorkshire, a village in Poland or the whole of of the Swiss Defence Budget*.

Who cares? You’re only going to be there for the weekend – and you don’t need to worry about any of that. Instead, take a look at some of the great things that you can do in London for free:

TEN THINGS TO DO IN LONDON FOR FREE

1 – Catch free music at the Notting Hill Arts Club – every Saturday between 4 and 8pm.

2 – Get on your own soapbox in Hyde Park’s Speaker’s Corner. 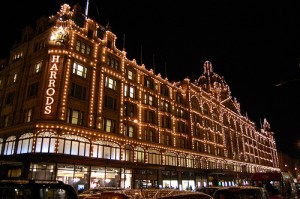 4- Feed the pigeons in Trafalgar Square beneath Nelson’s Column (OK so you have to pay for the food but I’m thinking a bit of stale bread squeezes into the free category.)

6 – Run with the deer in Richmond Park to the hilltop that gives a view across the smoggy city to the dome of St Paul’s (incidentally where Henry VIII watched for the sign that Anne Boleyn had been beheaded.)

7 – Cast eyes on a giant dinosaur skeleton in the Natural History Museum.

9 – Walk to the top of Primrose Hill – survey London at your feet.

10 – Watch the Changing of the Guard at Buckingham Palace and Windsor Castle.

*Not technically true (the part about the Swiss defence budget, that is. The Ten Things to Do in London for Free are all true.)