Ten More Things To Do in London For Free 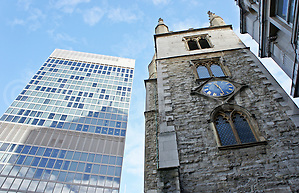 It’s been long enough now since we ran the first Ten Things To Do in London For Free that perhaps you have itchy feet and are ready to explore England’s capital some more. All for free. Here goes…

Ten More Things To Do in London For Free

1 The Square Mile – Take yourself on a self-guided walk around the City of London. Start outside the Tower of London then mingle among the skyscrapers to catch a view of The Gherkin, the Roman walls just outside the Grange City Hotel and the Victorian Leadenhall Market.

2 Bushy Park – Head southwest to Teddington to visit the geese and swans that prowl around the former stomping ground of King Henry VIII.

3 5th View Bar – Take in a cool view of the city skyline from the bar that, perhaps bizarrely, lives in a bookshop

4 Piccadilly Circus – Watch neon signs flash and look out for Eros, the archer in the fountain, in one of London’s busiest junctions

5 Maida Vale Canals – Hop on a canal boat if you have the cash, otherwise walk along London’s secret canals in this affluent part of London.

6 Abbey Road – Pose on possibly the world’s most famous zebra crossing, just like the Beatles.

8 The Courthouse Hotel – While you’re going to need to stump up plenty of cash to actually stay here, it’s free to enter the bar. Why would you want to do that? Well it used to be THE court house and it’s where Mick Jagger, among others, stood here to be counted. Little has changed since then, right down to the holding cell with a toilet.

9 The Barbican – This, er, striking modern building in central London puts on plays, films, concerts and dance performances. Better yet, some of these are free. Check their website for details.

10 The Science Museum – Play along with earthquake simulators, giant red blood cells and outer space in this surprisingly cool museum.

So there you have it. Another 10 Things To Do For Free in London.