You are here: Home > Blog > Luxury for Less with the Paradors in Spain
By The Weekend Team in Get Inspired 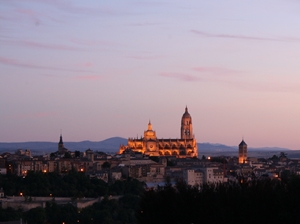 Paradors in Spain are often described as luxury hotels, but don’t let that put you off! If you want to stay in a former castle, monastery or palace then this is the way to do it.

On top of history and atmosphere, Paradors are usually also great value for money. I haven’t always been impressed with the service…but you can’t have everything.

How do Paradors Work?

They’re owned and operated by the Spanish state – a tradition started by the king back when things like that were possible. Today, this turns out to be fantastic news for three reasons: 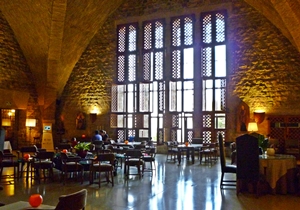 Although a few paradors are purpose-built,  most have been converted from palaces, convents, castles and fortresses.

A luxury hotel for the price of a puffed-up middle of the range one.

Perhaps paradors have more influence when it comes to twisting arms for planning permission, but you’ll find a parador with a view in the historic city of Segovia,  bythe world-renowned Alhambra Palace in Granada and teetering on a cliff edge in Ronda.

How to Get the Best Deal 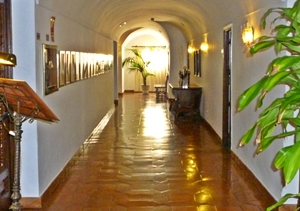 By all means browse through the Parador sites to get an idea of what you want.

Then I’d recommend heading to Lastminute.com and entering in the full name of the parador for your weekend trip with the exact dates. Hotel comparison sites don’t always get you a cheaper deal – so check back with the other sites before making your final booking.

Sometimes Paradors can be prohibitively expensive. On the other hand, I managed to get a great deal in the Merida Parador for around 60 Euros.

Wondering what to see in Spain when you get there? Try browsing through these ideas…

A Cheap Weekend in Bilbao

A Cheap Weekend in Segovia

A Cheap Weekend in Seville