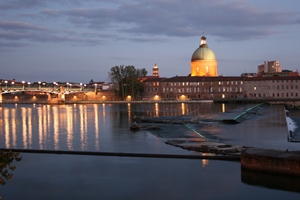 Start with the old favourites:

1 – Paris – stroll along the Seine, climb the Eiffel Tower, catch the Mona Lisa in the Louvre and window-shop along the Champs-Elysées

2 – Take a Bite out of the Big Apple in New York- order a pretzel and climb the Statue of Liberty. Walk though Wall Street, Broadway and Central Park and get neckache by staring up at the Empire State and Chrysler Buildings.

3 – Unleash your Inner Gladiator in Rome. Visit the Colosseum, the Pantheon, the Spanish Steps and the Trevi Fountain. Recharge with ice cream before heading to St Peter’s in the Vatican City.

4 – Fall in Love in Venice – drift along in a gondola, gaze at the Bridge of Sighs, eat black spaghetti and wander through St Mark’s Square.

5 – Do the Tourist Thing in London – Big Ben, the Houses of Parliament, a West End Show and Trafalgar Square. The Tower of London, Buckingham Palace and Piccadilly Circus…no wonder more than 27 million people visit each year.

Head outdoors in the UK…

6 – Trek in the Peak District – between rugged hills and homely pubs, Yorkshire puddings and the Dambusters Museum.

7 – Hike through the Brecon Beacons – take a map, proper shoes and stomp through this SAS training ground.

8 – Wander lonely as a cloud in the Lake District – remember to take wellies and a poetry book.

9 – Catch a sea breeze while climbing the rolling hills of the South Downs.

10 – Ramble through the Cotswolds – with roaring fires and home-made fudge waiting for you when you get in.

Indulge your wanderlust with a far-flung weekend break…

11 – Enjoy the spice in Marrakesh – drink fresh orange juice, barter in souks and dine surrounded by mosaics and fountains.

12 – Win the cost of your weekend break back in Las Vegas. Or something like that…

13 – Cross from Europe to Asia within the same city in Istanbul. Enjoy the Blue Mosque, the Grand Bazaar and a cruise across the Bosphorus.

14 – Athens –weave through the smog and climb high to see the Acropolis.

15 – Budapest – bathe in thermal spas then wrap up warm for Buda castle and beef goulash.

Step Back in Time…

16 – At Stonehenge – admire the ring of stones that have kept their mystery for over 5000 years.

18 – See the Rosetta Stone and other ancient Egyptian artifacts in the British Museum in London.

19 – Visit the labyrinth of the Minotaur at Knossos, Crete

20 – See the Roman Aqueduct in Segovia, Spain, from above and below

21 – Step back 225 million years with the petrified remains in the Natural History Museum, London.

Play with the rich kids…

22 – In Harrods, Knightsbridge, London. Well, it doesn’t cost anything to browse.

23 – Mingle with the Yachts in St Tropez – it’s free to walk along the harbour in this atmospheric, small French town.

24 – Gamble in Monte Carlo’s casino – there is a public section – then follow the Grand Prix course through this twisting coastal city-state.

27 – Even in fancy dress at the notorious School Disco in London.

Then recover with a spa weekend…

29 – In Britain’s only natural thermal spa in, er, Bath spa.

30 – At the Giant’s Causeway in Northern Ireland

31 – Within the vast grounds of Blenheim Palace, Winston Churchill’s birthplace in Oxfordshire.

32 – In the sumptious Alhambra complex in Andalucia

34 – In Cambridge– home to Isaac Newton, Charles Darwin and Hugh Laurie. Enjoy the punts, the pints and 800 years of history.

36 – In Trinity College, Dublin – queue up to see the Book of Kells before heading off to the Guinness Museum

37 – The sandstone streets and sunshine of Salamanca in central Spain.

38 – The University of Paris – the Sorbonne – the former stomping ground of Marie Curie and Victor Hugo.

Get that adrenaline surge

39 – By Running with the Bulls in Pamplona

40 – Or skydiving in the Ariège

41 – Ski-ing the Vallée Blanche in Chamonix

45 – Or braving the surf in Biarritz

Then treat your stomach to..

48 – Paella in Valencia, coastal home of this popular dish

49 – Cassoulet in Languedoc, next to the medieval turrets of Carcassonne

50 – Gazpacho in Andalucia, with local sherry to top it off

52 – Marmalade in Seville, between trips to the magnificent Real Alcázar

56 – Cardiff – this capital offers an Opera House, a Castle and Charlotte Church

57 – Dubrovnik – with burned-orange tiles, cafés and a stunning coastline

59 – Marseilles– the vibrant, sailor’s city with a rebellious past

Embrace your artistic side…

61 – Soak up the Tate Gallery, the Tate Modern and the National Gallery in London

66 – See Rodin’s the Thinker in Paris

69 – The hunchback of Notre Dame in Paris

71 – And pirates in Penzance

74 – See the Tour de France finish on the Champs-Elysées

Grab some late summer sun with a weekend..

Or make the most of London…

79 – by touching a gold bar in the Bank of England

81 – enjoying the view at a price from the London Eye

82 – or for free from Primrose Hill

Find a building that’s worth the journey…

Or just chill in a laid-back place with character…

86 – or the coffee shops of Amsterdam

87 – Cycle London to Brighton for the British Heart Foundation

92 – Among fields of lavender in Provence

93 – From the air in the Bristol Balloon Fiesta

94 – Underwater by diving in Cyprus

95 – Surrounded by waterfalls in Plitvice

96 – Among the salt plains of the Camargue

97 – Gazing at the stars at the Greenwich Observatory

98 – In the tropical gardens in the Eden Project

Enjoy exploring the world one weekend at a time.

Anyone have any more?